The Queen of Bingo

The Queen of Bingo served as the mascot for online bingo website JackpotJoy from 2010 to 2017.

She was portrayed by the late Barbara Windsor, who was best known for appearing in nine Carry On films and for her role as Peggy Mitchell in British soap opera Eastenders from 1994 to 2016.

She was a woman who wore a crown and dress decorated with bingo balls. Other adverts showed her wearing a silky blue dress and also a red dress under a black coat.

She was also accompanied by a man named Jack, a woman named Joy and later a small dog.

In 2017, The Queen of Bingo was retired from the JackpotJoy adverts with her final advert showing her retire and give her position as mascot to Paddy McGuinness. 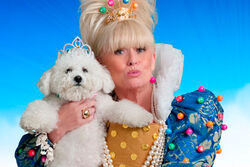 The Queen with her dog. 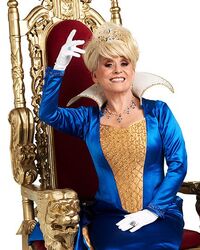 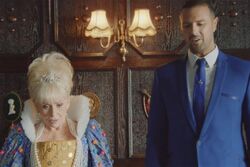 The Queen with her successor Paddy McGuinness.