Neal the Sloth was the mascot of sofa company Sofology (formerly Sofaworks) from 2013 to 2017.

Neal was silent but the adverts were narrated by actor Craig Cash.

He is a three-toed sloth who in adverts was seen relaxing on sofas knowing that he doesn't have to pay a high price for them.

Toy versions of Neal were sold in Sofology when customers purchased a sofa.

Neal would also appear in sponsorship adverts for the company when it was sponsoring Gogglebox. 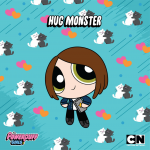