The Ad Mascot Wiki
Register
Don't have an account?
Sign In
Advertisement
in: Male, 7up, Cartoon, Animated

Fido Dido is a mascot for 7 Up that began life as a cartoon character created by Joanna Ferrone and Sue Rose. Rose first sketched him on a napkin in 1985 and then she and Ferrone made T-shirts with the slogan "Fido is for Fido, Fido is against no one". In 1987, Fido was licensed to PepsiCo and began being used as a mascot, but did not gain popularity until the 1990s. Later in the United States, Cool Spot was used as the mascot for 7 Up. Fido still sponsored it outside the US. He became an instant hit with his trendy look, laid-back attitude and unconventional take on life.

Fido has also been used by PepsiCo as a mascot for Slice in the United States and Fruko in Turkey.

Fido is a tall, slim, young cartoon man always rendered in black and white. He has a slim face shaped like an upside-down triangle with small marks that represent his eyes, nose and mouth. He has two round ears on either side of his face and usually eight wiggly strands of hair upon his head. These strands are black on the traditionally animated version of Fido and white on the CGI version. He wears a white T-shirt that appears to show a minimalist version of his face, white shorts and white sneakers.

The original Fido Dido that has been used since 1985 is traditionally animated. The CGI version first appeared when Fido was reintroduced in the 2000s. Both have been used sporadically in different countries.

After Fido was licensed to PepsiCo in 1987, he began advertising 7 Up. He is shown to have the ability to manipulate and alter reality in television adverts (e.g. reversing changes that were made to him by an artist in one advert). Fido Dido, along with his friends and family, appeared in sponsorship bumpers for Saturday morning cartoons on CBS in the early 1990s. For a while in the late 1980s, Fido was used as a mascot for the lemon-lime flavoured version of Slice, another PepsiCo drink, in the US. Fido Dido continued to advertise 7 Up in other countries until 1995.

In the early 2000s, Fido returned outside the US, but as a CGI character with none of his family or friends present. He can still manipulate reality in his CGI form and it is still the theme of his TV adverts. This Fido was used until PepsiCo rebranded the non-US 7 Up in 2011 (US 7 Up was sold to the Dr. Pepper Snapple Group in 1988). However, as part a marketing stunt in the UK and Ireland in 2015, the original Fido Dido returned when 7 Up Free (Diet 7 Up's name in the UK and Ireland) was sold in retro-style cans, with a Fido design representing the 1990s.

Fido Dido has also been used to advertise Fruko, another PepsiCo beverage, in Turkey.

It is also worth mentioning that Fido also appeared in Logorama as a random bystander.

It is possible that Fido Dido's friends could have first appeared in the CBS sponsorship. Fido's friends include Doodles, Doody, Eff Dee and Boy. His dog and cat, Fido and Gato, were introduced around the same time as well. Lido Dido is most likely related to Fido. He also has two children, a son named Mario, and a daughter named Julia P. Dido. 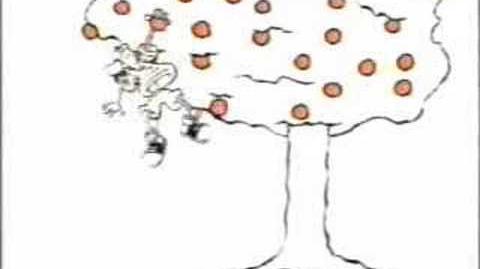 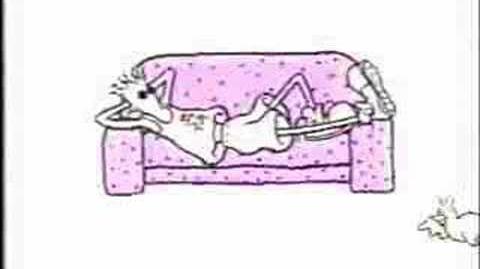 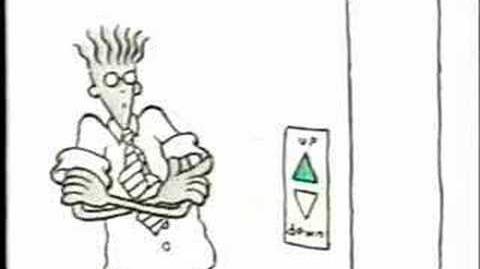 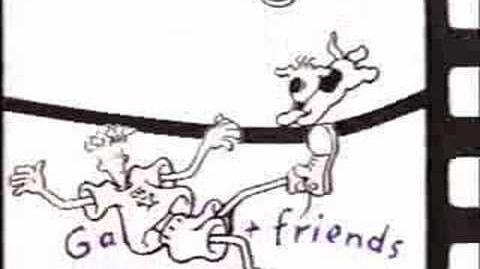 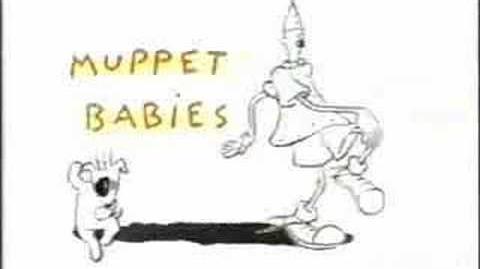 Check out Fido Dido's gallery to view their appearances in advertising and related images.
Community content is available under CC-BY-SA unless otherwise noted.
Advertisement