"Curly Wurly gets so busy growing Cadbury's Curly Wurlys on his little chocolate farm that he often forgets where he lives. So he just shouts "Has anybody seen my house?" and waits for his donkey called Keith to come and take him home."
—Curly Wurly wrapper

Curly Wurly was the second icon used on the UK marketing for Cadbury's Curly Wurly, created as part of their Cadbury Land snack line from 1998 to 2001. He was Cadbury Land's farmer, harvesting Curly Wurly bars and having such an obsession that he would lose memory of where he lives.

He resembles a Curly Wurly bar, with a thin, flexible, wavy body, three arms and a waist shaped like an 'S'. He carries a purple bag of Curly Wurly seeds on his shoulder and wears a yellow straw hat and wellington boots. 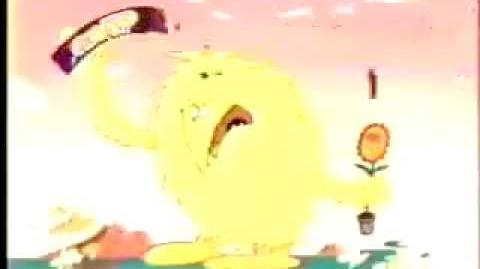 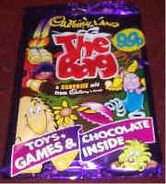